Age Concern Fakenham bus is back on the road

A vital community bus service for the elderly is well and truly back on the road, with a new minibus and another on the way. 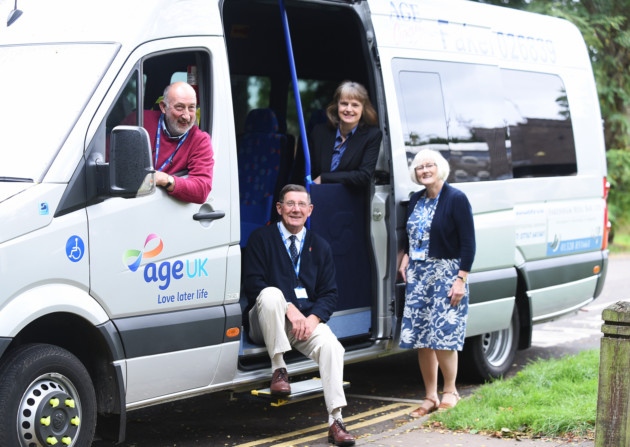 Age Concern Fakenham had to close the service down last summer after it lost its co-ordinator and its bus was damaged.

But volunteers rallied round to save it. A new committee was formed and looked at new sources of funding. In March, they received a £30,000 grant from Age UK towards a new 16-seater vehicle, along with donations from Fakenham Town Council, North Norfolk District Concil, the freemasons and Morrisons.

Then they learned they had also been awarded another brand new bus under a government community transport scheme – one of just 300 in the country.

The bus is currently being purpose-built to Age Concern Fakenham’s specification.

Now the group is launching a recruitment drive to sign up more volunteers and helpers, so it can expand its service.

As well as bringing more people from outlying areas into town for shopping trips or doctors’ appointments, Age Concern hopes to run more excursions to Cromer, Sandringham and Norwich.

“We could do with a few more helpers,” said Mr Harding. “It’s important to have helpers as well because they help people get on and off the bus.”

Secretary Margaret Tomlinson said extra volunteers would mean a new service could be launched around the Snorings, Hindringham and Binham. She added: “We can’t do it without the drivers.”

Rev Francis Mason blessed the new bus prior to a ribbon cutting ceremony at Fakenham Community Centre by Margaret Hulme, from Age UK’s Cornford Fund, which awarded a £30,000 grant towards its cost.